Fun at the Park

I would say that we had a pretty cold and dreary start to 2011. Yeah the snow was pretty when it was 'new' and white, but after a day or so, it just gets old and dirty (and that is when I get tired of it). I would rather it be 100 degrees outside then have to deal with it being cold and wet outside. 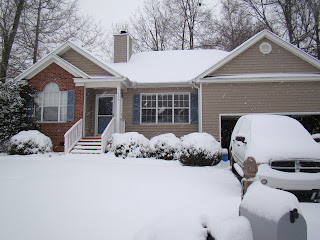 But luckily in South Carolina, we get these wonderful days in the middle of January where the temperature can get up to 65 degrees and it is bright and sunny outside. We had one of the those days this weekend and decided to take advantage of it by meeting Zack (Tyler's cousin) and his mom and dad at the park. 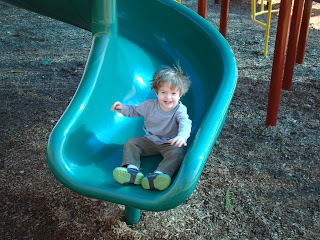 We are really lucky that we have a park that has 'awesome' playground equipment. Tyler loves going to the park and playing on it. I was able to get a couple of shots of the boys. This was rare opportunity where I was able to grab them and make them 'pose' for a picture. 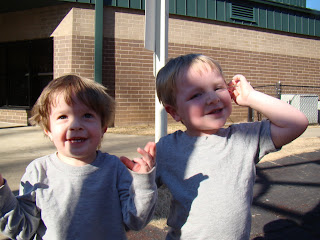 This on the other hand was not such a great one. I thought it would be such a 'cute' picture to have both of them sitting at the end of the slide. I never got the picture I was looking for, but this is the funniest of the group. Typical boys. 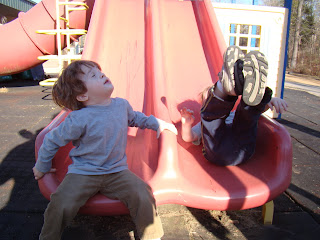 We had a great time, as you can tell by the dirt on our face! 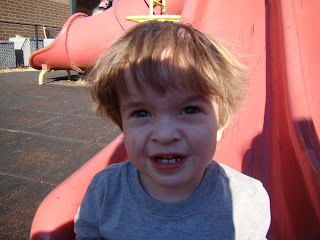 Posted by The Ostranders at 2:12 PM No comments: